Down to Earth, gardening, Uncategorized

Ash seedlings are a menace. Admittedly, not in the same league as Japanese knotweed, or giant hogweed. And the trees are native (to the UK), and in the right place, perfectly pleasant.

I’ll cover those separately. For now, I’ll stick to ash seedlings. As I have been every day for the past few weeks now.

Because the little beggars are prolific, get everywhere, like to hide, and you need to catch them small.

I don’t know much about trees. It was a neighbour who does who identified them for me (while tackling them in his own garden). And told me there must be a female ash tree somewhere, that spreads them.

This photo shows a seedling with four leaves. As you can see, the initial two leaves are a totally different shape from the later ones.

Catch the seedlings at two-leaf stage, or four, and they pull out of the ground easily. But once the plant is say six inches/ 15cm high, the root has already anchored itself firmly in the ground and the stem will snap if you just pull it.

And in no time, the root will be so strong and long, you’ll need to dig a big hole to get the thing out.

I’ve been pulling up a dozen or more or day for a couple of weeks. From pots, cracks in the decking, cracks in the driveway… they are the easy ones to spot. Much harder are those ‘hiding’ in the middle of shrubs.

As you can see from the photo (not my garden, thankfully!), they grow very happily through other plants. There are hedges round here that have four or five ash saplings growing through them. To eradicate them would probably mean digging up the entire hedge with a JCB.

My advice to anyone who spots these plants in their neighbourhood is to be very vigilant in their own gardens. Every day throughout late April/early May. Forever. 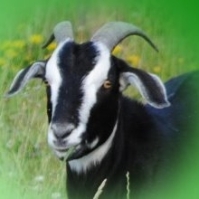 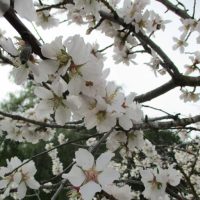